If there’s one technological innovation that’s particularly popular right now, it’s the drone. They’re being used by the military and security organisations to protect us, by amatuer photographers to take fabulous photos, and by children to have a bit of fun. Quite clearly, the possibilities are endless.

And the market for drones isn’t slowing down at all. According to a report from RnRMarketResearch.com, it’ll be worth more than $4 billion in 2021 and will have grown by a compound annual growth rate of around 109%.

But while we can achieve so much with drones, and while there’s a healthy market contributing greatly to world economies, shouldn’t we also be thinking about the implications they can bring? Just how dangerous are they? How worried ought we be? Are they being used in illegal ways? And can they be regulated if they do pose a risk? These questions are clearly important and need answering.

Near misses with other aircraft

Aircraft experiencing near misses with UAVs is a common occurrence. In the UK between August and July, there were four instances when drones found their way near planes. And in the US, there have been 700 occasions in the US, according the FAA.

Drones are being used to commit acts of crime – including smuggling drugs and mobile phones into prisons.

Just to give you an example of how serious such occasions are, in August, a drone came 50 metres away from colliding with a Dash 8 aircraft carrying 70 people over London City Airport. The pilots of the aircraft reported spotting the UAV passing by. If there had been a collision, there would most definitely have been a crash and possible fatalities.

And it’s not just drones coming directly in contact with planes that’s worrying – it’s them being in places they shouldn’t be, such as highly restricted airspace and military bases. This year, a drone was reported to have flown 1500 feet above the American capital, Washington, which is a restricted area. This led to the US military scrambling fighter jets to ensure it wasn’t a threat.

As well as this, there have been reports of US military aircrafts coming across drones near military bases. And on April 13th, a white drone was apparently flying in the vicinity of the White House. On this occasion as well, military jets were sent in to intercept the offending UAV. Quite clearly, drones are a threat to security.

Drones being used in crime

Drones don’t just pose a risk to the safety of the public and security. They’re also being used to commit acts of crime – including smuggling drugs and mobile phones into prisons. In the UK, the period between January and May saw nine such cases. This is clearly worrying when compared with the fact that only four were detected in the whole of 2014.

The  National Offender Management Service (NOMS) has already expressed concern here. What’s more, it expects the situation to get worse as drone technology continues to offer up more functionalities and become more accessible.

What are the existing legalities, and what more can be done?

In the UK, the rules and regulations on using drones are set out by the Civil Aviation Authority. It classes drones as unmanned aircraft.

For consumers using drones, CAA expects that they check that the drone is in working order, that it’s within sight when being flown and that they don’t fly it over congested areas or within 50 metres of people/buildings. And for those looking to use drones for commercial purposes, they need to get special permission from the CAA. If drone users breach these rules, they could face prosecution.

The market for drones will be worth more than $4 billion in 2021.

However, there’s no doubt that as the popularity of drones among the public and commercial sector continues to grow, there’ll be more strict regulations introduced to counter the threats mentioned in this piece.

Commenting on this, law firm Taylor Rose said: “The type of regulation we can expect to see is compulsory registration and policing of activity, which will enable the government to track and trace each drone via an online database. This will allow them to be policed, the way that vehicular traffic is, and owners can be held legally responsible for misuse.

“Also, we predict that the privacy laws will have to be revisited in their entirety because they are not currently suited to deal with the ramifications of this type of persistent surveillance and big data.”

It couldn’t be clearer. While drones offer up so many benefits, they can also be extremely dangerous and pose great risk to the worldwide security. But we can be optimistic that over the next few years, we’ll see governments and organisations right around the world introduce new regulations and rulings to ensure drones are used appropriately and safely. 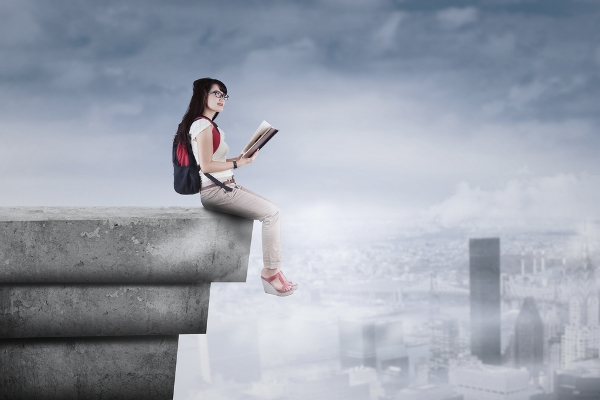