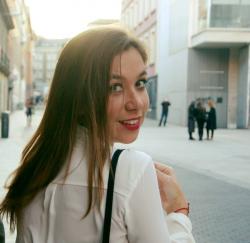 On February 11 the world celebrated the International Day of Women and Girls in Science. Women in STEM (science, technology, engineering, and mathematics) professions continue to be under-represented, but work is being done in different industries to change this fact.

If the top positions in the business world have very little female representation, the world of science is not very different at all.

Last 7th February, the 2015 Female Scientists in Numbers report was presented. The report, which took ten years to be prepared, examines the presence of women in research professions and the R+D+i aide summons prepared by the Women and Science Unit of the Ministry of Economy, Industry, and Competitiveness.

Thus, according to the report, “in the field of academic research, the representation of women in the highest ranking category continues to be low, with only 21% of women lecturers in Spanish public universities, a percentage that is similar to the European average”. These numbers occur despite the current gender equality plans present in 74% of all public universities, and 88% of all public research organisms.

It’s in the categories of higher rank and responsibility where the inequality can be seen, and where the presence of women is scarcer. However, as the rank lowers, the report is more hopeful because the numbers increase: the percentage of researchers remains the same since 2009 with 39% compared to 33% in the rest of Europe. Even though it’s difficult to determine the reasons behind these still low numbers, Carmen Vela, R+D+i Secretary of State, points out the social barriers that women continue to find in these professional careers, and reminded us that the environment must favour the promotion of women.

The lack of representation, as some voices are alerting, could have serious consequences in the design and creation of the cities, infrastructures, communications, and even governments of tomorrow. Today we have policies of equality that look after justice for women, not only in the field of science and research, as indicated by the Female Scientists in Numbers report, but also in the general work field. But this has not always been the case.

This “invisibility” of women in science is a phenomenon that even has a name: the “Matilda effect”, identified by science historian Margaret W. Rossiteren in 1993, and named in honour of Matilda Joslyn Gage, suffragette who denounced this phenomenon.

This effect makes a scientist benefit less (or not at all) from the rewards system of science than her male counterparts, and to receive less acknowledgements, including denial of authorship, due to the simple fact of being a woman.

Female scientists under the Matilda effect Jocelyn Bell Burnell: this Irish astrophysicist discovered the radio signal of a pulsar (stars that emit intense radiation in short and regular intervals) before anyone else while preparing her doctoral thesis and as a part of astrophysicist Tony Hewish’s team. Guess which of the two scientists received the Nobel prize for this discovery made by Jocelyn. Exactly. Tony Hewish.

Female scientists and the Matilda effect Lise Meitner: Meitner is another victim of the Matilda effect, but was also a victim of anti-Semitism. Born in 1878 to Jewish family in Vienna, Meitner specialized in Physics, field in which she obtained her Summa Cum Laude doctorate from the University of Berlin. In 1938, she had to abandon the institution due to anti-Semitic laws and was forced to seek refuge first in Sweden and then in England. In 1938, she explained the phenomenon of nuclear fission in an article published in Nature magazine, a subject that she studied together with her colleague, Otto Hahn. Once again, who received the Nobel prize? Hahn. Only Otto Hahn. For her entire life, Meitner advocated for the peaceful use of nuclear energy, as well as her opposition to the nuclear bomb.

Rosalind Franklin: Franklin was the architect of many investigations that help us understand the structure of DNA today. After receiving her doctoral degree at Cambridge, Franklin spent three years in laboratories in Paris and London. She met Maurice Wilkins in London. Franklin, who Wilkins originally thought was an assistant just because she was a woman, began working on Wilkins’s project which had been inactive for many months. Between 1951 and 1953, Franklin was very, very close to solving the structure of DNA. Four years after the death of the geneticist, in 1962 Maurice Wilkins received the Noble prize because of DNA’s double helix model. The debate regarding the recognition due to Franklin continues to this day.

Marie Curie: Marie Curie, Maria Sklodowska, was the perfect example that we work better in teams. From a very young age, she felt inclined towards mathematics and physics although the obstacles to get an education that women had at that time, added to the fact that her family didn’t have financial resources, forced Curie to face numerous difficulties, and emigration was just one of them. In Paris, where she moved to, she met Pierre Curie whom she met to receive guidance on one of her studies.

How this relationship continued is well-known by everyone. But maybe what’s not so well-known is that Pierre abandoned his own work to focus on his wife’s regarding the discovery of two highly radioactive materials: polonium and radium. After receiving the first Nobel prize ever in 1903, which she shared with her husband and Henri Becquerel, she received a second Nobel prize in 1911. By then, many voices only wished to award the prize to Becquerel and Pierre. In fact, only the latter was named professor at the Sorbonne after the recognition from the Swedish academy (however, after Pierre’s death, Marie did receive the professorship). Neither was she admitted into the Académie des sciences, which accepted Édouard Branly, a scientist with infinitely less merits than the Polish scientist, in her place.

Besides winning two Nobel prizes (something that only three other people in history have done), Curie also performed an important humanitarian labour during the First World War with the creation of radiological ambulances (known as “petites Curies”) that could be taken to the front to detect broken bones, damaged organs, or foreign objects inside the bodies of the wounded. During the war she trained 150 technicians in x-rays. María Teresa Salazar: Spanish women have also suffered the Matilda effect in the flesh. Salazar received her doctorate in 1931 and obtained a place in the School of Sciences at the Universidad de Madrid. Franco’s dictatorship cut short her career as a scientist, just like that of her contemporary Piedad de la Cierva. Both suffered opposition to their professorships at the university. The tribunal preferred to leave the post empty than grant it to a woman, according to the professor of Inorganic Chemistry in her book SABIAS. The hidden face of science.

These are just some of the victims of discrimination (conscious or not) that women have suffered in the sciences, but the list could go on ad infinitum.

Initiatives for equality So that this list doesn’t continue to be filled in, and so that studies like the Female Scientists in Numbers report to give us more equal numbers, numerous initiatives are being undertaken both in the public and private sectors.

The Universidad Rey Juan Carlos is one of the organisms that has wanted to participate on the 11th February occasion, paying tribute with a gallery to the different research teams and laboratories made up of women. This visibility is fundamental for girls and young women to have female references, figures that they can admire. Signing talents, and encouraging and mentoring STEM (science, technology, engineering, and mathematics) careers and vocations in young girls, were the goals that the Stem Talent Girl Burgos program set itself.

ESO 3rd and 4th year girls will also participate throughout the entire course in meetings with female scientists organized within the framework of the Women’s Age, a program organized by Telefónica Open Future_, where entrepreneurial women in STEM fields are the protagonists. The Women in Data Science and the Women’s Age sessions are just some of the acts encompassed in the program.

Google, with its Made with Code program is another of the entities that promotes STEM, specifically programming, among young girls.

Very soon Matilda could stop being a pernicious effect and become the name of a future Nobel laureate.

Artificial intelligence could allow us to predict earthquakes

Unleashing the potential of AI in education 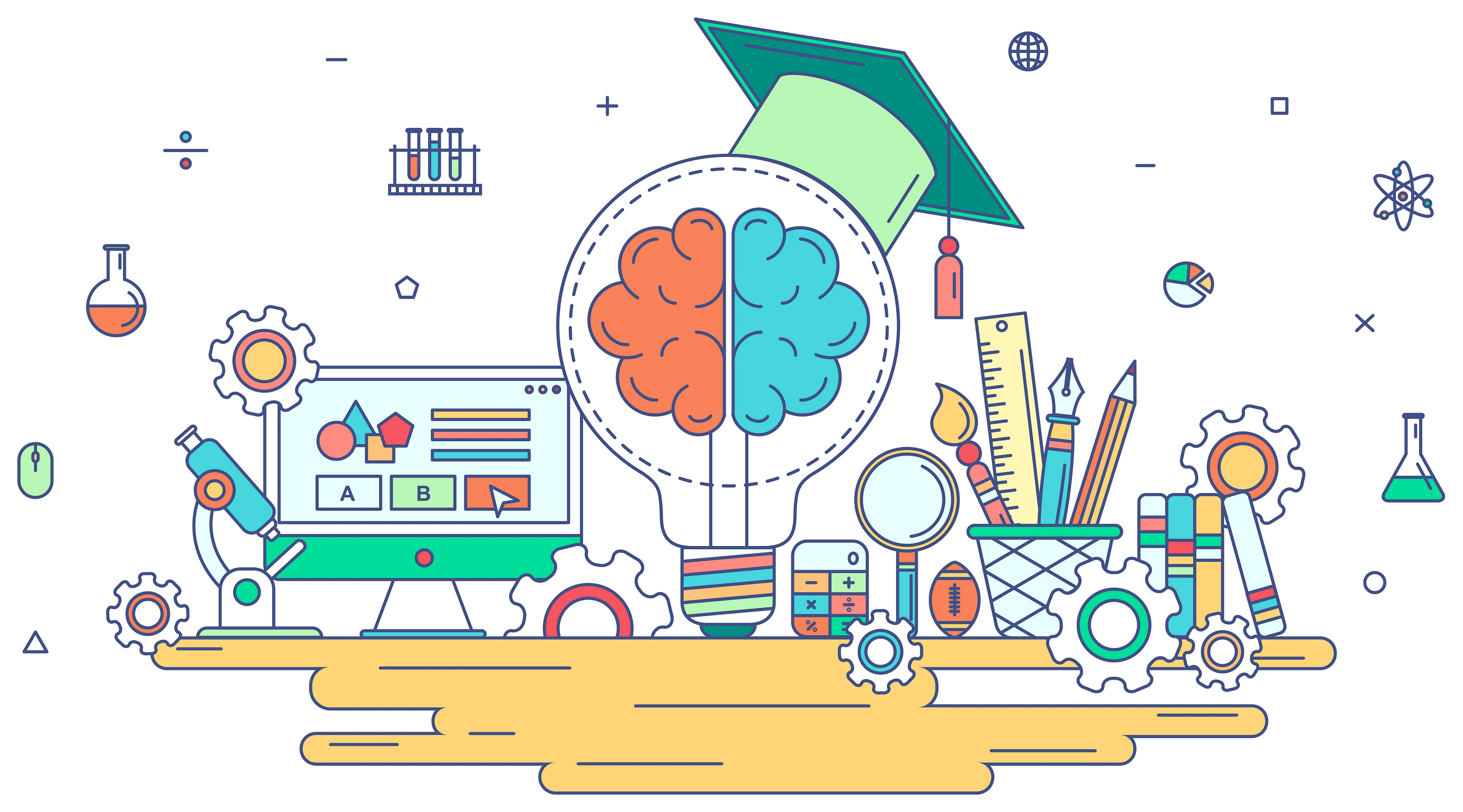