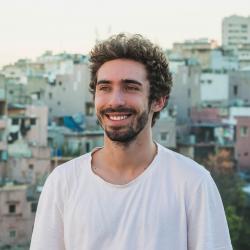 Do you like technology? Are you a real couch potato? Here we provide you with a list of seven series you shouldn’t miss.

In recent times television series have been the pacesetters in terms of audiovisual content. The growing number of productions and the expansion of streaming platforms have enabled a format which once took a back seat to cinema to become the main attraction for viewers. Although the golden years of cinema go back to the 1950s, we could say that we are currently going through a period in which series are at the peak of their splendour. Meanwhile, technology is advancing exponentially throughout the world while society is evolving into a community with clear digital trends. They seem to have found a way of living off each other by means of superb productions which display the more enjoyable side of technology. Below you will find a list of seven series which are sure to delight the most enthusiastic of viewers.

Silicon Valley This sitcom, set in the legendary southern valley of San Francisco, where great computer companies such as Apple came into being, pays tribute to the years of technological revolution by means of a story involving a group of young computer technicians. Richard Hendriks has a website devoted to music which fails to attract anyone’s attention until, one day, his colleagues point out that behind it there lies the algorithm which could revolutionize the internet. There have been three seasons and 28 episodes to date.

Halt and Catch Fire Covering a subject similar to the one above, this series is set around the time of the advent of the first personal computers in 1980s. A group of three people, made up of a former IBM executive, an engineer and a visionary computer programmer, decide to recreate the latest IBM model and develop a better, cheaper and faster computer. Tensions increase within the group as the computer empire grows. Halt and Catch Fire consists of three 10-episode seasons and we await confirmation of the fourth.

Black Mirror As well as being the technology production par excellence, Black Mirror is also one of the best series to come out in the last decade. Instead of maintaining a single storyline, it is made up of independent episodes which approach technology from a characteristic dystopian standpoint. The existentialist facet and the feeling of unease displayed on the screen encourage viewers to reflect on the different topics covered, ranging from the importance of the internet in our lives to the impact of the media. Until now Black Mirror has been on for three seasons, with a total of 13 episodes.

Scorpion Based on a true story, this series tells the tale of the eccentric genius Walter O’Brien and his brilliant team of misfits, who constitute the last line of defence against the technological threats of the modern era. The Scorpion team includes an expert behaviourist, a miracle mechanic and a statistical guru who, combining their extensive technological knowledge, devote their time to combating global threats and cybercrimes. Scorpion consists of three seasons and a total of 57 episodes.

Mr. Robot Mr. Robot deals with the life of Elliot, a young programmer who works as a cybersecurity engineer by day and a vigilante hacker by night. One day he is faced with a dilemma when the mysterious leader of a group of hackers recruits him to destroy the company he works for. Constrained by his personal beliefs, Elliot attempts to resist the opportunity to get rid of the CEOs of the multinationals he believes to be ruining the world. This thriller consists of two seasons, one lasting 10 and the other lasting 12 episodes, while a third will be released this year.

Person of Interest Another thriller. In this case, about a former CIA agent and a mysterious multi-millionaire who devote their lives to preventing crimes by using a machine with which they predict events before they even happen. Although they have managed to prevent numerous crimes thanks to the omniscience of The Machine, the team is not able to stop Samaritan, a malicious artificial intelligence. Created by the head of a private technology corporation, Samaritan acquires all the power of the US government, which it uses to try and hunt down these avengers. Five seasons and 103 episodes make up this series, which came to an end last summer.

The IT Crowd The list has to include the legendary British sitcom with the two computer geeks and the supervisor who has not touched a computer in her life. A series full of misunderstandings and surreal situations which lead to all kinds of hilarious moments. It is confined to four 8-episode seasons, but it is one of the most authentic and popular productions of the genre. Although the series ended in 2013 with a farewell episode after a three-year break, The IT Crowd can be seen in full via streaming.