In September 2016 Jean-Claude Juncker proclaimed in his annual speech what every European citizen knew since 2011: “We are in an existential crisis,” stated the European Commission President. The Great Recession had hit not only the economic foundations of Europe and the most progressive social model known on earth, but also the political values that have prevented war for 70 years. In January 2017, it is not clear if Europe is better off than just 4 months ago.

Since then a few more crucial facts have taken place. The US President Donald Trump was elected in November. Matteo Renzi called the Italians to vote in a referendum – a constitutional reform – that he lost. Theresa May announced the UK would trigger Article 50 by March 2017. Trump took his place in office on January 20th. By the end of his first week as POTUS he had signed an executive order that put the US out of the Trans-Pacific Partnership (a trade agreement) and considered a 20% levy on Mexican imports. Good news for protectionists and anti-globalization supporters. For those believing in free trade as a source of wealth and prosperity, this might look like very dark days.

But not all is lost. A few have an optimistic view of what can be done to improve the lives of people and particularly the lives of those living in Europe. Margrethe Vestager tweeted on December 21st: “#Goodthings in dark times: Today winter solstice – the longest night is over and the light slowly comes back.”

Support for the EU has changed since Brexit – and not in the way you might expect is the title of the World Economic Forum’s most recent article.

The ERT just published its annual Benchmarking Report, warning against potentially trade restrictive measures as well as calling for more digitization and innovation as key levers for future growth. A breadth of bold economic insights and public policy measures to improve Europe’s future. Let’s see what it says in more detail:

Europe faces a productivity challenge. Real labour unit cost/GDP is decreasing more in the US and Japan than in the EU and there is a persistent gap in GDP per hour between the EU and the US. So, in a global context of close to 0% inflation, most of the productivity improvements should come from innovation.

Europe is in the global top five ranking in terms of regions with the best performance when it comes to innovation. However, R&D spending is stagnating at 2% of GDP on average, significantly below the EU-2020 target of 3%, while other regions are improving their innovation capabilities. Despite a thriving early start-up scene in Europe, the scale-up of disruptive innovations seems more difficult here than in other parts of the world (see chart).

Also, digitization is increasing in all areas of the economy and business. There is consensus on the role of digitalization as a tool for economic development. There is an underinvestment in digital infrastructure in Europe which put at stake Europe’s future digital opportunities. Capex investment per capita in telecom infrastructure, for example, is twice as high in the US compared to Europe. Something slightly similar happens when we look at venture capital figures. From 2010 to 2014 venture capital investments increased by 80% in the US, 135% in China, and only 51% in Europe. The ERT very well points out the need for an investor-friendly environment particularly when it comes to digital life.

Connected devices are on the rise. The multitude and variety of connected devices together with wider range of IoT applications will need to be supported by strong telecom infrastructure, a flexible regulatory framework and an ecosystem of cyber-security measures to support the predicted 26.3bn connect devices by 2021 (doubling the current number of IoT devices). 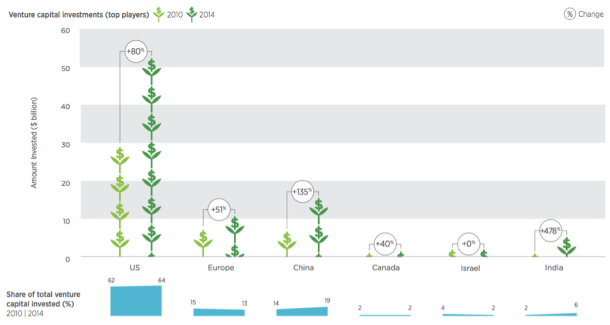 To boost competitiveness and economic growth, ERT proposes the following list of sound and reasonable policy recommendations to improve Europe’s economic performance and face the short and medium term economic issues: 1. A strengthening of the internal market, in particular by completing the Digital Single Market, the Energy Union and the Capital Markets Union. 2. Stimulating innovation and adoption of new technologies as the main driver of sustained economic growth in Europe. Evaluation of every legislation and policy measure with respect its impact on innovation throughout the policymaking process. (Innovation Principle). 3. Ensuring access to foreign markets while maintaining a level playing field. 4. Unleashing the benefits of digitisation by investing in digital infrastructure, key technologies and skills development; supported by a robust regulatory framework, covering security in cyberspace. 5. Enabling start-ups to scale up by boosting entrepreneurship, access to funding and cutting red tape.

Connectivity, startups, scaleups, and a modern education system are the foundations for today’s (and tomorrow) economic growth. Open, investment-friendly, entrepreneurial and digital are the key features for a better Europe. 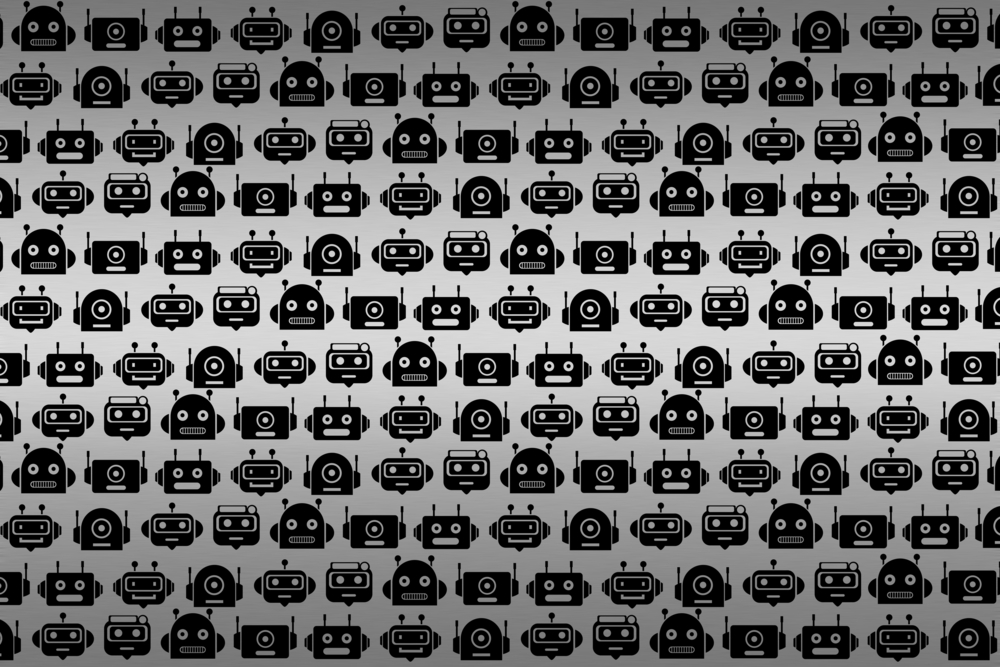