Joint research in China has lead to the creation of a battery that can repair itself and prevent combustion were it to break.

One issue that concerns wearable devices is the battery. In the case of watches and bracelets, this aspect is not cause for much concern, but things are a bit more complicated when it comes to incorporating electronic products into clothing. The fact that lithium-ion batteries can catch fire when too much force is applied –either from breakage or overheating– is one point against developing shirts and other garments filled with chips.

This premise has led to joint research between China and South Korea with the goal of creating the safest possible batteries that can be integrated into textile products. Participating scientists were from the University of Fudan in Shanghai, the Samsung Advanced Institute of Technology in South Korea, and the Samsung R&D Institute in China.

The result was a type of lithium-ion battery that is capable of repairing itself whenever it breaks, either due to twisting or when it reaches a point where its components become damaged. This prevents the component from catching fire, a recurring –though infrequent– problem in mobile devices, such as the recent case of the Galaxy Note 7, which is still under the media’s gaze.

There already exist samples of wearable electronics that are integrated into pieces of clothing. These devices can be folded, but are not very durable and, past a certain limit, can end up breaking. The new, recently invented batteries would not have this problem because they are capable of repairing themselves.

The developments from this research offer other advantages that can be integrated into wearables. For example, the batteries are thin and flexible. This has been made possible by using electrodes comprised of layers of carbon nanotubes. Lithium compounds in nanoparticle form are then embedded between these layers. 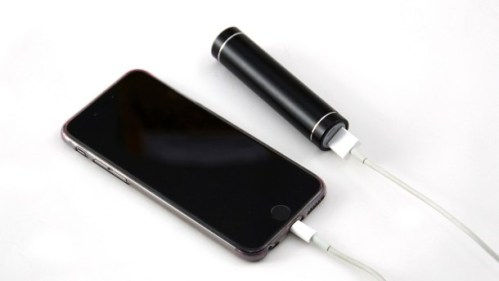 Thus, the electrodes prevent lithium-based compounds from leaking when the battery overheats or breaks. Likewise, the layer of electrodes is fixed on a layer of polymer that can repair damage. With regard to the electrolyte –the compound between the anode and the cathode that facilitates the passage of electrons from one pole to the other– is made from a cellulose-based gel and a lithium sulfate solution. This composition enables effective separation of both electrodes, which is usually the cause of overheating and, ultimately, combustion.

When these experimental batteries break, the polymer that stimulates self-repair and the carbon nanotubes come together again. The parallel structure of the layers of nanotubes favours this process, and, all the while, the electrolyte withstands it, unlike what normally occurs with other batteries, where this component separates when it comes into contact with air. Therefore, it is not possible for the material to catch on fire.

These robots are surprisingly similar to human beings