The Chinese giant, CRRC Corporation, has embarked on investigation into the construction of maglev or magnetic levitation trains which can reach 600 km/h, the highest known speed for this technology.

In China, high-speed train lines have been extended suddenly in recent years. The country has opted for this means of transport to connect its city centre and already has the largest high-speed network in the world: more than 20,000 km, and this is expected to reach 30,000 km in 2020, and the forecasts for ten years later are for 45,000 km. And research has not stopped. The company CRRC Corporation, specialised in the railway sector, is developing maglev trains that will reach 600 km/h.

CRRC Corporation has started work on these trains, whose speed is far greater than that of the maglev trains the company has previously developed. For the moment, the Chinese company has announced the construction of a line of five kilometres of track on which to carry out the corresponding tests once these maglev, which are reaching record speeds, are ready to levitate above the tracks.

They will reach a speed of 600 km/h. At least this is what CRR Corporation anticipates. The figure is practically the highest that has been achieved with this magnetic levitation technology (the term “maglev” has been universalized as an acronym), and the record is boasted by tests carried out in Japan last year, which set a top speed of 603 km/h. 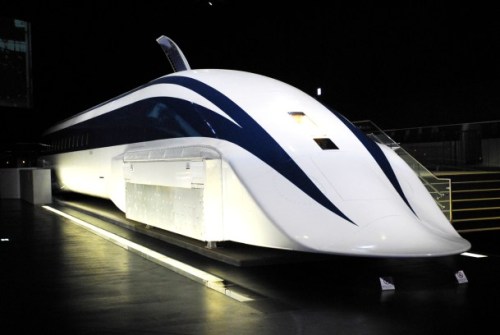 However, for the moment, the fastest maglev train in commercial use is the Shanghai Maglev, which can reach 431 km/h. With regard to CRRC Corporation, it is currently developing maglev that will reach 200 km/h to cover national transport. This gives them a chance to understand the technology better and to advance in their research aimed at higher speeds. Among the initiatives they are currently carrying out, one transnational initiative stands out particularly. It will involve crossing borders, and its top speed will be 400 km/h.

Magnetic levitation technology represents a quantum leap compared to traditional high-speed technology, which relies on an electric motor and conventional rail systems. It is not a recent development, though it did start its commercial journey quite sheepishly in the 1980’s. And the very first patents date back even further than that. At the start of the 20th century there were various registrations, though they did not materialise as products as such. It has been over the past few years that this technology has expanded the most.