His company, Bolt, Beranek & Newman, won a government contract in 1969 to develop what would become the embryo of the Internet.

When one afternoon a young Leo Beranek was coming out of the library and he came across a Cadillac with a flat tire, he didn’t realise that that moment would change his life. Beranek, who passed away this October at 102 years of age, was to study physical engineering and to found the company that developed ARPANET, the military embryo of what is now the Internet. His parents were farmers, and his family could not pay for his education. When he needed to pay his study taxes, the future engineer coped by repairing radios and other gadgets of his day.

It was the 30’s, and the economy wasn’t exactly thriving. That day when Leo saw the Cadillac stuck there, he went up to the owner to lend him a hand changing the wheel. They talked for a while, and the owner of the Cadillac, who turned out to be a business man from Massachusetts, encouraged him to apply for a place at the prestigious Harvard University. He himself, who had given classes at the university, would provide him with references. Leo applied for the place, and he was given it.

He would study Physical and Communications Engineering, which would enable him to specialise in a field in which he was to be considered a master, that of acoustics. In time, he would investigate the impact of sound on society, and he would be the one who set the standards for noise levels in public buildings and airports. He was also commissioned to design the acoustics of landmarks such as the central hall of the General Assembly of the United Nations in New York.

He co-founded the company Bolt, Beranek & Newman, which in 1969 won a private contract with the United States Department of Defense, more specifically with their Advanced Research Projects Agency. The assignment was to build the first network made of computers, mainframes at that time. 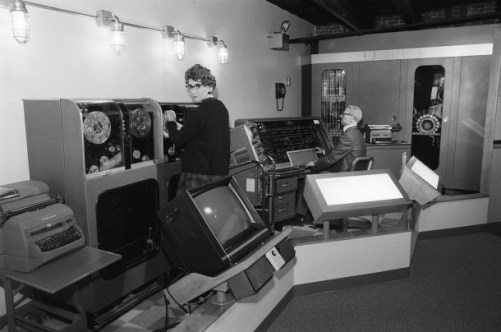 Under the leadership of Beranek, who personally was not particularly involved in the development of ARPANET, the company developed the basic network systems and certain principles that still stand today. That is that case of emails and the ‘@’, the way to separate the user name from the name of the node from which a message was sent, invented by Ray Tomlinson in 1971.

At that time, Bolt, Bernake & Newman attracted a lot of young talent, who would work on the ARPANET project and on other ones that the company was undertaking in the field of communications and acoustics. Minds like that of Robert Kahn, who helped to develop the TCP/IP protocol, spent time at the company that Beranek co-founded.