Do you ever wonder if kids aren’t making too much of their problems at school, fights with friends and worries about weight, all of which are exacerbated by the pace of hi-tech life?

Granted their lives are stressful, but it’s nothing compared to what previous generations lived through. Nobody dies, right? Actually, they do, as we shall see. But the good news is that the Troo Life Coach mobile app may provide some answers.

A survey by campaigning group YoungMinds found that teenagers today feel under extreme pressure from exam stress, social media, bullying and body image. Parents often struggle to sympathetically support them. We want to, but we often benchmark the feelings of today’s youth with our own childhoods, which we inevitably consider to have been harder. Our youthful experiences, in turn, were always downplayed against those of previous generations in our living memory, who lived through wars and post war austerity.

However, this sort of thinking is nonsensical. We are not treating like with like. The fact that, say, your dad or grandad lost his brothers in World War II is completely irrelevant to a teenager today, who is living on an entirely different planet. In fact, the cruel comparison only makes them feel even worse! There is no way any two people’s feelings can ever be comparable, since we don’t live in the same heads. So false constructs and bad advice are actually counter productive.

According to the study, 68% of teens today feel very stressed about not doing well in their exams and it affecting their futures. They seem to all be body shamed by today’s visual culture, with 81% saying they felt under pressure to have the perfect body. Social media causes massive problems too, giving people the license to be cruel without consequences, a power that is abused too easily.

“Teenagers growing up today in Britain are under a constant onslaught of stress and pressure,” says Lucie Russell, director of campaigns at YoungMinds. 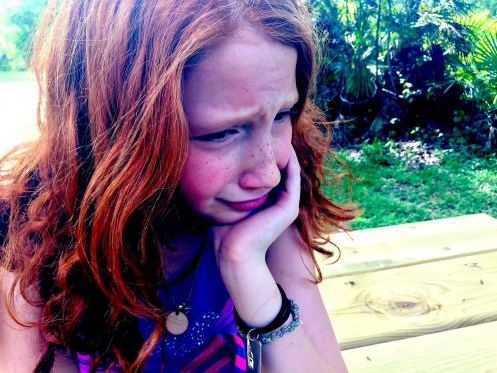 Girls today face unprecedented levels of stress and pressures which are damaging their wellbeing, according to a report compiled by Girlguiding, which says 7-10 year old face a ‘perfect storm’ of social, emotional, school and sexual pressures, including the need to look ‘right’, to do well in school, to fit in and to get a good job.

In the UK a registered charity called the Campaign Against Living Miserably (CALM) tackles the high rate of male suicide in the UK, where 76% of suicides are by men and this is the single biggest cause of death of men under 45.

“We believe that if men felt able to ask for and find help when they need it then hundreds of male suicides could be prevented,” says Jane Powell, CEO of CALM. “There is a cultural barrier preventing men from seeking help as it equates to weakness and a loss of masculinity.”

One way to get around this aversion to opening up to other people is a new app called Troo Life Coach. This cleverly uses technology to create an automated range of help sources. It’s aimed at helping teenagers by creating more context on their lives, using Natural Language Processing, a technique first pioneered by Alan Turing, who was responsible for solving an entirely different Enigma, in a previous century. A computing genius who should have been widely acclaimed, Turing was a tortured young man too and committed suicide.

The Troo Life Coach app (a sort of Turing legacy) uses neuroscience, behavioural economics, psychology and artificial intelligence to create personalised support for each young person and offers it through their smartphone. The app is designed to inform and build trust and can, through chat, curated content and challenges, help teens make healthier decisions.

These days, young people are more intimate with their phones than with their elders and perhaps with each other. So Troo Life Coach may indeed prove the best way to inspire them to make healthier decisions.

Troo was selected for the Innovation Showcase of the World Innovation Summit on Health. It is currenlty being developed with funding from Nominet Trust.

Tips for Giving a Good Presentation