And to popularize it with much more than just video games 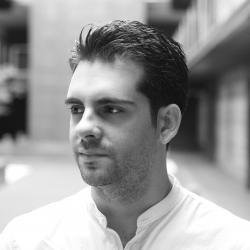 The 2016 Mobile World Congress will go down in history for the image heading these words. That of Mark Zuckerberg, the latest messiah of the digital industry, walking unnoticed through the halls of the auditorium hosting the Samsung presentation. Critics pointed out the symbolism of this image as a reflection of the isolated society that awaits us in our consumer technology future.

According to this school of thinking, we’re not even concentrating on a screen forty centimetres in front of our eyes: we’re completely submerged in virtual reality (literally), and the “real” reality is shut away from our vision. And a future like this is just around the corner.

Zuckerberg as a visionary

In the face of this, Zuckerberg has come back with “his” vision of virtual reality. In contrast to this vision as something isolating that doesn’t allow us to establish relationships with our fellow human beings, at his latest conference, part of Oculus (the company that Facebook bought in March 2014), Mark announced new movements designed to give it much more sociability, whenever virtual reality casts off the cliché of being a platform for just playing. There is a world of possibilities in it beyond video games.

Remember the little revolution produced by “Second Life” over the last ten years? The CEO of Facebook wants to bring it back in his own way: inside a headset.

In order to do this, it will be necessary to bring him the most primitive, basic form of recognition of another human as a particular one with an identity and all the emotional symbolism that entails: using a face. As it is not yet possible to create CGIs in action and in the shape of our friends and family at this level, it is reduced to avatars which are as customizable as possible. And here is the key: avatars.

On the one hand, they must be increasingly more recognizable at first sight than they are now, at this point. What is more, latency needs to be reduced to make interaction with them as natural and spontaneous as possible.

The final idea is to be able to take all real life social experiences with friends and loved ones to virtual reality, in order to make distances, where they exist, less of a barrier. For example, to be able to play cards with our friends, have a chat with them that is far more immersive than it is via video call on our smartphone or computer, go for a walk in exotic places with our partner, etc.