The intention of project SheepView 360 is to photograph the Faroe Islands in Street View mode because Google cars have not reached this archipelago.

The Faroe Islands are located halfway between Norway and Iceland. They are one of those green and exalted places in nature, an archipelago filled with furious cliffs and tiny villages. Approximately 50,000 people live there and this fact, together with its wild nature, is one of the reasons why Google Street View -which has combed half the planet with its well-known cars and vehicles of all kinds- has not made it to these islands. This is why its inhabitants have had to invent something new.

Durita Dahl Andreassen, who works promoting the arrival of tourists to the islands, knows the natural delights her country has to offer visitors. But not everybody knows of the existence of this archipelago that, despite being autonomous, has strong political and cultural ties to Denmark. Google Street View is a simple way to provide visibility to these types of little known places and Andreassen has proposed to take it to the Faroe Islands.

Street View, which began consciously mapping the streets of the most important cities and later moved on to mapping smaller localities, has made it to places with wild natures such as Antarctica or the Amazon Rainforest. But it has not visited the Faroe Islands. Thus, Andreassen has started a project that aims to photograph her country in Street View style.

But with an essential difference. The ‘vehicles’ Andreassen uses are sheep. The project has been called SheepView 360 and uses these placid animals. Cameras have been placed on the rumps of the animals in order to photograph the islands. In ancient Nordic, ‘Faroe’ means islands of sheep. Faithful to tradition, the country’s green carpets continue to be home to these tame animals which spread out over hills and fields. And the more they spread out in search of green pastures, the more places they will photograph. 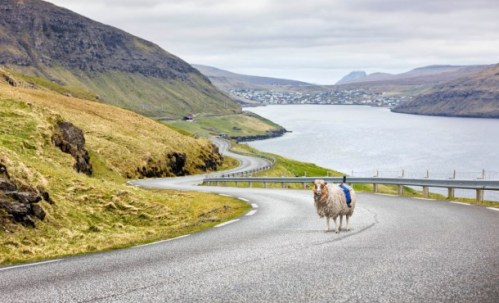 Andreassen’s project is a promotion in and of itself. This entertaining challenge calls attention to itself and is an excuse for millions of users all around the world to have read about the Faroe Islands’ sheep with cameras on blogs and online, and to have seen some of the fantastic landscapes that the islands have to offer. 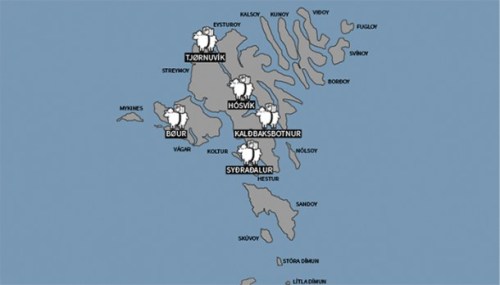 These are the spots the sheeps have tread