With a size equivalent to 30 football pitches, the Five Hundred Metre Aperture Spherical Telescope (FAST) has become the largest radio telescope in the world. Located in Guizhou (China), its purpose is to explore space and search for forms of extraterrestrial life. 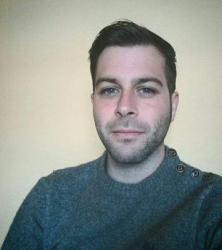 Human beings are restless by nature and need answers to any question which arises. In this sense, space, and what lies out there, has been and is a capital issue in the search for the above answers. This state of affairs was already evident in the early studies into astronomy performed by Aristarchus of Samos (310-230 BC), who proclaimed the heliocentric model of the solar system, a theory much later endorsed by Nicolaus Copernicus (1473-1543) and Galileo Galilei (1564-1642). The latter, in his eagerness to explore and observe everything surrounding the planet Earth, constructed a telescope to study the stars, with which he discovered the craters on the Moon, the moons of Jupiter and the phases of Venus. However, it was only an initial and rather rudimentary telescope which, over time, gave way to magnificent works of engineering capable of reaching the confines of the universe.

In any case, these discoveries constituted a milestone in the study of space and, with the passing of the centuries and the work of the scientists, humans have been able to reach the Moon, send satellites to Mars and identify all the planets which comprise the Solar System.

Now, five years of intensive work have resulted in the positioning of the last piece of the world’s largest radio telescope, which has overtaken the Arecibo Observatory in Puerto Rico. It is a work with a size equivalent to 30 football pitches and a cost of 180 million dollars and is located in Guizhou, a province in the south-west of China.

The construction of the radio telescope forms part of the Chinese space program and has several specific objectives:

In addition, as a result of this technology, the use of the radio telescope will enable better understanding of the origin of the Universe.

“According to the forecasts, operations will begin in September 2016, although during the first two or three years the telescope will be subjected to adjustments”, stated in this respect Peng Bo, the Director of the NAO Radio Astronomy Technology Laboratory.

The scientific ambitions of the Chinese government

The construction of the world’s largest radio telescope forms only one part of the plans and long-term investment envisaged by the Chinese government. Not surprisingly, China is the second largest economy in the world, just behind the United States. In this regard, science has become one of its pillars, as is reflected by the creation of a 15-year plan to become a world scientific power by 2021.

The telescope is not only a tool for exploring everything which exists in the Universe, it is also a demonstration of the vision of the future and the scientific power that China has at its fingertips.