Telefónica Open Future_ signed an agreement last March with Korea Telecom, the leading telecommunications operator in South Korea and G-CEIC, a public body responsible for promoting innovation in the country, with the aim of generating opportunities for business development and investment for both startups of the Spanish company and South Korean projects. 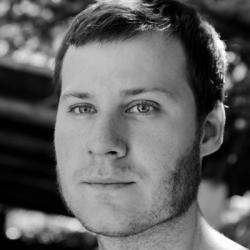 With this agreement, Telefónica has expanded its international innovation and entrepreneurship network to the Asian country and is giving its startups the possibility of opening up to new markets and testing their products in the new innovation centre created by the South Korean government and Korea Telecom as part of this programme. Furthermore, the entrepreneurs who are already benefiting from this alliance have access to the business areas of each of the partners, as well as the investment vehicles that Telefónica and the South Korean government offer as part of this initiative.

Change Alert, Voicemod, Ludei and Momit were the first four Telefónica Open Future_ startups to have the opportunity to present their projects and give them visibility in the Asian market.

Momit is an accelerated startup in Wayra Madrid which developed a smart thermostat which ensures an ideal temperature at home while also achieving energy savings. They already sell their products in 15 European countries, but their visit to Korea allowed them to present a new device: Momit Cool, a device with which you can control your air-conditioning from your mobile. The CEO of the startup, Miguel Sánchez, explains his experience in a market as complicated as the Asian one.

“Thanks to initial support from Telefónica we were able to visit South Korea and close the first distribution agreements. It allowed us to get to know the market and to hold the first meetings for our B2B business with important companies (KT, Tepco, LG, Samsung, etc). Now the next step is to reach the Asian client,” says Miguel. 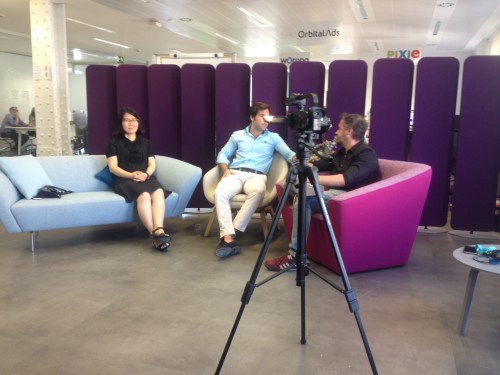 In fact, Miguel saw that there was great interest among Asian energy supply companies in this type of technology, which allows them, among other things, to actively manage energy demand. “There is a real awareness to save energy, where both the consumer and the energy supplier are concerned. Factors such as pollution – present in their everyday lives – or current weather conditions – temperatures greater than 30 degrees almost all year round and humidity percentages of over 90% – mean that Momit Cool was very well received.”

South Korea is a country of reference as far as technological innovation is concerned, and in recent years it has also captured the attention of venture capital funds. Proof of this is that the country won first place in the recent Bloomberg ranking of the most innovative countries in the world, in which six main factors are valued: investment in R+D, production, technological companies, higher education, number of investigators and patents.

The startup Amadas managed to excel with its product in an ecosystem of technological entrepreneurship as powerful as that of Korea. It is a smart door lock which takes away the constant worry of where you left your house keys, as you simply need a code to open your door.

Josephine Jung Hee, Managing director of Amadas was at the Spaceworking space in Madrid as part of the exchange programme between Telefónica Open Future_ and Korea Telecom and feels excited about the doors that this experience has opened for her. “Thanks to Telefónica and Wayra I have had access to their global network, I have been able to explore a market like the Spanish one and I have had meetings with potential clients and partners, from whom I have had very positive feedback about my product.”

If you want to learn more about Miguel Sánchez and Josephine Jung Hee’s views on this exchange programme, as well as their perception of the differences between the Korean ecosystem of entrepreneurship and the Spanish one, do not miss the next video.