As a Spanish delegate from the first Think Big edition sponsored by the Telefónica Foundation, and a social entrepreneur in the field of education (check out www.escuelab.es), I was especially looking forward to the plenary session on education in the first day of talks at the One Young World conference.

The day started off with a 6:30 am call from the reception desk. After a quick breakfast, a bunch of very sleepy delegates gathered for the first round of talks and discussions. As the Paris COP21 meeting is the main focus of this year’s OYW, climate change was constantly brought up in all sessions. However, I was pleasantly surprised to discover that education was also a recurrent theme in many of the talks.

In the words of one of the delegate’s father, “education is the best gift we can make to somebody”.

Young Thai leaders emphasized the role of teachers as inspiration for the kids and discoverers of their potential. The very own Kofi Annan referred to education while talking about the respect for human rights as one of the keys for all nations. Delegate speakers in the Human Rights plenary session talked about the importance of providing both formal and informal learning opportunities for children in refugee camps.

Peace Nobel prize winner Professor Muhammad Yunus recognized that, as a teacher, his focus was on impacting individuals, which was his initial motivation to create microcredits. Pussy Riot girl Nadya Tolokonnikova acknowledged the power of individual choice enabled by education, and Liya Kebede acknowledged that young girl’s education is key to prevent mother and infant childbirth mortality in developing countries.

A lot had been said about education even before we reached the plenary session! However, the best was yet to come. Both counselors and delegate speakers had a lot to say about education in general, and about its role in breaking the gender gap in particular. Fatima Bhutto highlighted the importance of ensuring refugee children are not left out of the school system. Raymond Mungujakissa, the only male delegate speaker hailing from Uganda, impressed us with his project to achieve gender equality working with the younger members of his community.

I was pleasantly surprised to discover that education was also a recurrent theme in many of the talks.

Abeer Dawood Abu Gaith, a Palestinian born in a refugee camp, impressed us all with her online education project for real life skill acquisition that has impacted over 1,000 women in the MENA region. As one of the scarce 2% of women working in multinational corporations in Pakistan, Saairah Farooq gave a passionate account of her company’s effort in reaching out to girls in local communities and providing them with scholarships so they stay in the school system.

Cambodian Sotheary You discussed the importance of educating the community, documenting and sharing the facts to end violence against women in her country. Finally, fighter Lina Khalifeh from Jordan opened our eyes to the empowering potential of teaching self-defense to women in the Middle East; over 10,000 women have been trained through her She-fighter project, which has allowed them to contribute to society without fear.

Despite the long hours of sitting down at the auditorium, delegates were intensely engaged and plenty of insightful questions were posed to all panelists. It was truly inspirational and I finished the day with renewed hopes for a change in the way we educate future generations. In the words of one of the delegate’s father, “education is the best gift we can make to somebody”.

To finish this post with a call to action, as does every OYW session, I’d like to encourage every one of you to look around and spot the areas of improvement in your country’s educational systems. Don’t stop there, though. Once you’ve identified them, use your many skills and talents to take action and tackle them! 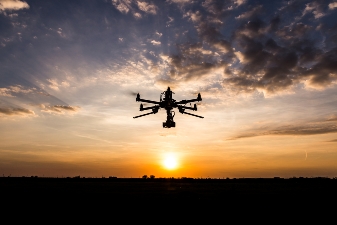