A team of researchers has developed a method for using Kinect when performing breast reconstruction.

After a mastectomy, on many occasions, especially when the patient is young or middle-aged, the possibility of breast reconstruction is raised. This is a key process due to its psychological implications. Hospitals and laboratories are investigating ways to improve the techniques used to carry out the reconstructions. In this case, it was a team of scientists from Sheffield Hallam University which has made progress in this field.

The research conducted has introduced an original factor, with regard to increasing the accuracy and the expansion of the reconstructions. The key to this development is Kinect, the device used to recognise users’ movements on Xbox.

The aim is not only to verify that the technology is useful, but also to develop an improved, affordable device.

Talking about breast reconstruction with Kinect may seem a triviality, but the fact is that scientists have found a way to use it that provides an alternative method. The researchers who embarked on the project belong to the Centre for Sports Engineering Research at Sheffield Hallam University, and they aim to give surgeons new tools for these operations.

According to The Independent, surgeons are normally guided by their sight when performing breast reconstruction. This is where Kinect comes in. Scientists have used the Microsoft device’s camera to create an accurate 3D image of the breast. In this way, surgeons will have more information, and more accurate information, when it comes to choosing the appropriate breast implants for the operation.

In this way, surgeons will have more accurate information, when it comes to choosing the appropriate breast implants for the operation.

Breast reconstruction with Kinect could also accelerate the process, from the moment surgery is first considered, until the operation is performed. It should be noted, however, that this method has so far only been tested under experimental conditions; therefore, it still needs to be tested in hospitals before it can be said that the research has come to fruition.

The work took place at Sheffield Hallam University, a centre that offers advantages when performing this kind of experiment. This is because the university has close ties with doctors and patients, and is also in contact with experts in biomechanics, sensors, computational vision and software. The aim is not only to verify that the technology is useful, but also to develop an improved, affordable device, with all the guarantees needed to obtain the medical certification, so that it can be used in hospitals. 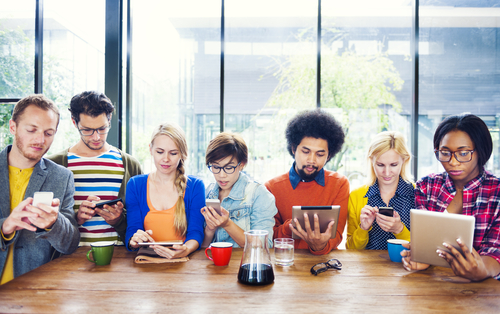