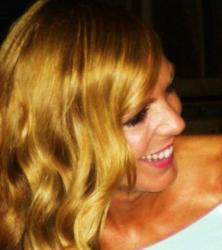 Europe urgently needs collective action with an open approach towards education, digital innovation and entrepreneurship if it hopes to regain its momentum in the global digital revolution. That was the clear message from Telefónica’s Chief Commercial Digital Officer, Eduardo Navarro, earlier this week as he spoke on stage during the EC Innovation Convention 2014.

Telefonica believes that it is not solely the role of policy-makers or politicians to make innovation and growth happen, but rather a job for all businesses, schools and universities across Europe. Start-ups, entrepreneurs and intrapreneurs are crucial to Europe’s future growth and critical to providing employment opportunities, particularly among the young, Navarro said.

He went on to outline many initiatives that have already been taken to leverage the power of big businesses to ensure the future success of Europe. These included Think Big and Wayra; two pillars at the forefront of Telefonica’s digital transformation, empowering young people to develop their own digital ideas from conception to delivery.

Riding the wave of innovation

Held every three years, the EC Innovation Convention is key to driving a brighter research and innovation eco-system in Europe. This Innovation Union flagship initiative brings together policy makers including President Jose Manuel Barroso and Commissioner Máire Geoghegan-Quinn and leading innovative companies. Think Big helped organise a session titled ‘Digital Revolution: Riding the Next Wave of Innovation’ along with leading entrepreneurs including Mark Surman of the Mozilla Foundation and Doug Richards, CEO and Founder of School for Startups. They were also joined on stage by Erki Urva, CEO of the Estonian Information Technology Foundation for Education and Anne-Marie Imafidon, an entrepreneur in her own right and a prominent voice of the Millennial generation.

Eduardo Navarro told delegates at the EC Innovation Convention that Europe needs to make the best of its own strengths. Navarro said: “Europe can, and should, be riding high on the next wave of innovation. In recent years we have seen much leading technology migrating east and west – away from Europe. But now we are starting to see the region regaining its momentum as new opportunities arise in ICT. To accelerate this momentum, we need to ensure that technology is open and available to everyone. Education, particularly teaching digital literacy, will play a major role in transforming society in a way that we can achieve growth in digital skills and entrepreneurship in a sustainable way. Our vision is that European corporations – big and small – can work together with educational institutions in helping this important evolution.”

Ann Mettler, Executive Director at the Lisbon Council, who Think Big spoke with during Mobile World Congress earlier this year, chaired the session and concluded by imploring those in the audience to support initiatives aimed at closing the digital skills gap and to nurture young businesses; two measures vital in securing Europe’s future as a hub for innovation. Ann explained: “Virtually all net job creation comes from companies less than 5-years-old. The skills children want to learn are the skills the economy needs. It’s time to push web literacy on a massive scale.”

Ann then went onto officially launch the Think Big portal, a platform that maps the work being done across Europe, where programmes to increase digital literacy and evoke digitally-powered entrepreneurialism are now live in Spain, Germany and the United Kingdom.

‘It [Think Big portal] has lots of information and ideas on how to drive forward these important topics we’ve explored today so I encourage to go online and take a look.’

Think Big runs in parallel with Telefonica’s other youth development initiatives in bringing lasting and meaningful change to all in society. The programmes themselves have continually evolved to meet the ever-changing needs of the world’s youth and through digital and technical skills development, inspire young people to become makers of technology rather than only consumers of it. This includes the development of a new digital curriculum and set of online learning tools and competencies to help build the web so it remains open, accessible and inclusive to all.

Do enterprises need to be adapted for ‘lean change’?

The Future Role of Social Networks in Urban Planning