By Daniel Appelquist (@torgo), Open Web Advocate at Telefónica Digital. Dan is a web and mobile industry veteran, an active member in the World Wide Web Consortium (W3C) and founded Mobile Monday London, Over the Air and the Mobile 2.0 conference series. 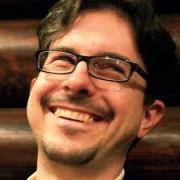 The web shouldn’t actually exist. That it does and has grown to transform every aspect of our lives is purely down to people’s powerful innate hunger for freedom of choice.

The problem today is that we’re in huge danger of forgetting the lessons history has taught us, slipping back into the same closed ecosystems that threatened to choke the birth of the entire World Wide Web.

In the early days of the commercial internet in the 1990s, the business community in general was betting against the idea of the web. The traditional publishing and content companies believed the web would develop along the lines of cable TV, with a service provider doing deals with content providers to secure content for consumers. Services like America Online featured content from the major publishing companies only because they had paid and undertook a specific technical integration to be present.

The rise of the web, built on top of the internet, made everything far more complex. People first needed an internet service provider, which was different from the online service being accessed and different from the content being consumed. They had to download a web browser and type in strings of characters, URLs, to access content.

To most observers, even in the tech industry, this complex system looked set for certain failure.

In the end though, with the vast opportunities presented by the web, people rejected the closed ecosystems of the likes of America Online and CompuServe because they believed they would be able to access anything they wanted, rather than the controlled content their service provider curated for them.

This was a critically important movement, as without the rejection of closed portals and ecosystems, we would never have seen the explosion of innovation and services that gave birth to companies like Amazon, Google, Twitter and Facebook that have transformed our world.

The problem today is that we’re in huge danger of forgetting the lessons  history has taught us,  slipping back into the same closed ecosystems that threatened to choke the birth of the entire World Wide Web.

The problem today is that we’re in huge danger of forgetting the lessons history has taught us, slipping back into the same closed ecosystems that threatened to choke the birth of the entire World Wide Web.

With the web, all you needed was a computer sitting on the internet and a line from an internet service provider, and you could launch whatever you wanted. That lack of friction created huge innovation.

There are huge parallels with the early days of the web in the rise of the internet on mobile, which happened via WAP and mobile portals. Many mobile operators were thinking along the same lines, striking content deals for walled garden portals.

We’d just gone through this on the fixed line web and it was as if we hadn’t learnt anything. Needless to say, those early mobile web services also failed. This was cable TV thinking all over again. The marketing was all around ‘the mobile web’ but people soon realised they actually had none of the choice of the internet.

I was lucky enough to be involved in one of the first developments that helped us break out once again from this closed approach to the web. The W3C Mobile Web Initiative was conceived to work out how to bring the web and mobile together.

At the same time, we were seeing more sophisticated mobile browsers and devices appear. The real tipping point came with the launch of the iPhone, which for the first time allowed users to zoom around pages that were not designed for mobile which, in 2006-2007, was almost the entire web.

So in 2006 we begun a revolution in access to the web via mobile and of course we have seen a huge boom in mobile internet usage since. In fact, Cisco reported that 2012’s total mobile data traffic as 12 times the size of the entire internet traffic of 2000.

The problem is we’re in very real danger of again derailing the journey of the open web. The advent of the app stores has led to a return to the walled garden approach.

App stores are re-treading the route that AOL, Microsoft and other closed portals took in trying to insert themselves in the value chain between service provider and consumer.

The situation is even worse on the mobile web. The dominance of large technology players like Apple and Google means consumers are being corralled into proprietary systems, only able to access certain content. Content bought through one service is not transferrable when consumers switch and choice is being dramatically curtailed.

However, Apple, Google and Microsoft provide the three main operating systems used by mobile internet users, arguably as important as the networks provided by telecoms companies in accessing content and services. All three are incompatible with each other when it comes to mobile apps.

The situation is further exacerbated with the over-the-top (OTT) services like Skype and Facetime. These services, while often available across multiple networks, are closed systems that fly in the face of open communication.

The development of these closed systems locks consumers into more than just the service or technology platform itself. It restricts their choice on an entire range of accompanying technologies and content. In a further re-tread of the failed closed models of the early internet, consumers only gain access to the content and services from companies their technology provider has signed commercial deals with.

We are already seeing the backlash starting. The most compelling evidence of that was when the Financial Times removed its app from the App Store to make it freely accessible on the open web.

Unfortunately, there aren’t enough success stories like that right now. We have so many well-known innovative brands that are being let down by the way the industry is developing.

While app stores do offer the advantage of one-click payment, they also force brands to use the store’s own payment mechanism and pay a hefty revenue share payment. However we are seeing the growth of companies like Stripe that are pioneering in making credit card payments over the mobile web easier both for the developer and the end user. Ease of use is less and less of a differentiator for app stores.

There is though a lot that open web technology can learn from the app user experience.

There is an emotive value in owning an app. The icon on your device can be powerful. Also with an installed app, there can be additional capabilities for functions not normally associated with the web, like notifications.

Now though, a lot of those capabilities, such as the ability to install an application, are being brought to the open web platform.

An example of this is Firefox OS, which Telefonica is a huge supporter of. Firefox OS is a platform where there is no distinction between a mobile app and a web app, every app is simply a web app.

APIs are being made available for developers to access native device functions and perform actions not normally associated with the web. For instance accessing contacts and photo galleries, or using the vibration mechanism to provide tactical feedback. Those kinds of APIs have not been available on the open web platform because the web platform has historically been built from a desktop PC point of view.

This is changing fast as ever more people access the web on mobile devices. In fact we have already reached a tipping point where devices we would consider mobile, like tablets, have overtaken PCs for web access.  According to On Device Research, Egypt is at 70% mobile-only web users, India at 59%, Africa 85% and 25% in the US.

In the web design community, this has created a movement called responsive design. Developers are increasingly thinking not about a fixed presentation of a website, but a fluid design approach that takes into account the size and orientation of the screen and also the input and output capabilities of the device itself.

A really good example of this is BBC News. If you visit its website on a range of devices you will get a different and coherent user experience on each that nevertheless takes advantages of the different platforms’ capabilities.

This is all part of one story of changing the social contract of what we think the web is and how it works. We don’t know exactly how this story will play out but the mobile web will undoubtedly take on some of the aspects that we now associate with apps. For example web apps showing up as icons and being able to use them offline. We’re taking the best of the innovation around apps and bringing it back to the open web platform, but with an open approach to content discovery and monetisation.

Mobile will be one of the most important chapters in the story of the web. The web as we know it shouldn’t actually exist. To ensure its future we mustn’t forget the lessons of its past, we must keep the web open.

Openness is worth fighting for so add your voice – “I support openness in digital, technology & innovation #TheOpenAgenda http://bit.ly/openagenda” Tweet this directly 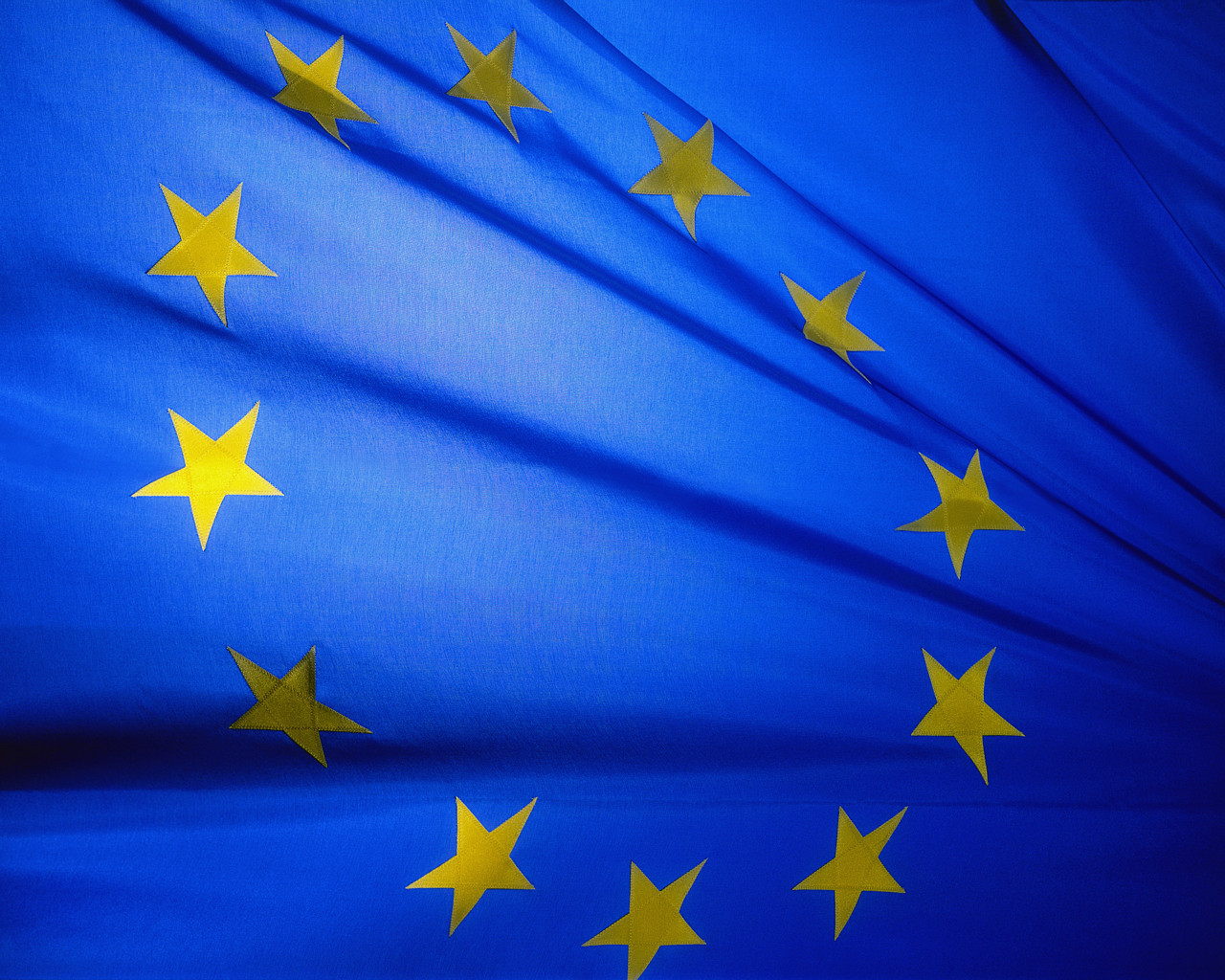 #TheOpenAgenda – why the world needs openness 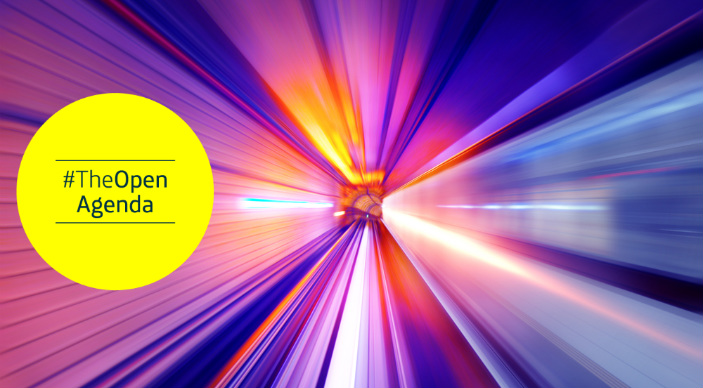