I started my current travels without the knowledge of what a ‘campus party’ was nor what it meant to be a ‘campusero’. Many airports later, I can now firmly say that I understand both of these things and honestly think I may have witnessed one of the most potentially powerful movements in modern society.

Seeing thousands of software developers huddled together, coming up with great, new ideas both excited and scared me – it struck me that these are the people creating the future we live in every day. They make the sites we visit, the apps we use, the systems that let us pay for stuff and just about everything in between. 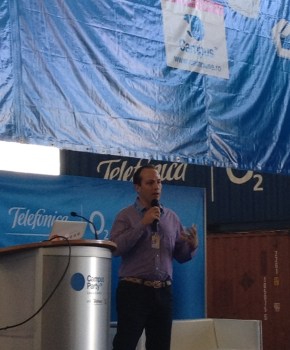 ld bring the best and brightest to our business, but as I milled about trying (and failing) to blend in to the crowd, I concluded that it was likely just importnant to be part of the movement as much as to try and gain from it. The people at these events are creating the future (catching a theme here?).

I was fortunate enough to present to this crowd on the Pythagoras stage (otherwise known as the developer stage) and for those of you that know me, you will likely chuckle to yourself wondering how I ever ended up there and even I thought it was a scheduling error. But there I was, standing in front of 30 or 40 developers following JavaMan (I don’t mean coffee). Javaman had an impressive act which not only covered some of the nuances of code but also included a Brazilian flag cape and a “talking” puppet parrot. Then next up there is me, dude in a suit (well not quite but close enough) in comparison to this superhero of code.

I was explaining the nuances of failing for success – that failing is important and if you don’t fail you really don’t learn. Luckily I am in good company on this one with the likes of Steven Spielberg, Steve Jobs, Henry Ford, Beethoven, Charles Darwin and even Walt Disney. Can you believe that Walk Disney was fired from a newspaper for having a lack of ideas? Did you know that Ford Cars was Henry Ford’s 3rd business? But I digress.

I was explaining “how to fail” to a room full of developers. These people don’t want to fail – they want to be the next Mark Zuckerberg!

Having quickly anticipated this, I moved on to the subject of the presentation – explaining  a methodology for app development (one that we use in Telefonica Digital) but one that was taught to me by Paul Burford (@paulburford) which he in turn happened to have learned while he was at Apple for more years than it’s appropriate to talk about.

That methodology is called the ADS – application definition statement. This singular statement is how we are developing the apps you see emerging from the Communications Team that are all branded with the TU logo. The ADS is a simple statement that tells you what’s special about my app, what it does and who it’s for in one sentence.

The Photo app on your iPhone – An easy to use, photo sharing application for casual iPhone users

I could go on but you get the point.

So that’s it – learn the ADS, apply the ADS to your product, launch the MVP (Minimum Viable Product) and iterate violently. 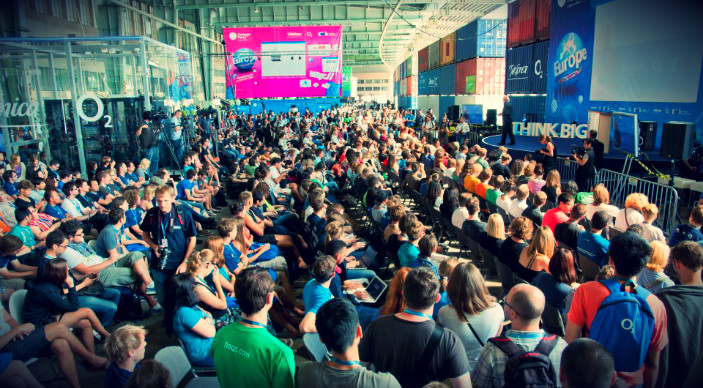