Have you heard? There’s an apps goldrush underway. Developers are making big money on the iPhone App Store and Google Play shop, with hits like Draw Something, Instagram and Path pulling in scores of millions of users – even hundreds of millions.

But there’s a problem, says BlueVia’s James Parton. With more than half a million apps already vying for attention on the biggest app stores, getting your program out there can be a real challenge.

“There’s a lot of hype around apps but the problem developers face is if you’re not in the top ten percent for visibility in the app stores you’re not making money,” he says.

So how do you change that? Enter BlueVia, and one very powerful acronym: API.

The power of API

An API (Application Programming Interface) is what powers many of your favourite apps, and what connects them into vital online services. Your favourite Twitter or Reddit app, for instance, uses that service’s own APIs to pull down all the latest to your phone. “The simplest way to describe it is a plug. It’s an interface that allows you to give assets to an app in a very controlled and secure way,” says Parton.

But BlueVia does things a little differently. It doesn’t provide APIs to one web service, but to Telefónica’s network – and a whole new stream of revenue for developers to boot.

“What BlueVia is doing is opening up that infrastructure to allow any third-party to plug into those capabilities. We’re trying to make the whole network that we have much more open and accessible. We provide the ingredients but don’t actually bake the cake,” Parton explains.

One prime example: SMS integration. Using BlueVia’s technology, with a few lines of code, developers can monetize SMS messages sent from within their app.

Take for instance the new service Face Jam, which uses BlueVia’s APIs. If you meet someone at a networking event, you can text his or her Twitter name to a shortcode, and have a rich message sent back to you, showing all their other public social media usernames and URLs, as well as their Twitter profile picture to help jog your memory and make you a better networker.

The customer is charged for sending and receiving a text messages, and Face Jam receives a penny from each of those transactions. Over time, that can really add up, says Parton.

Until now, developers have had to rely on revenue from selling an app, or in-app advertising, but that doesn’t add up to much “unless you’re driving really significant traffic through your app,” says Parton.

The story so far

And he should know. Parton is head of marketing for BlueVia, a Telefónica service with a team of 20 based in both London’s “Silicon Roundabout” and Madrid. BlueVia launched in private beta in December 2010, and opened to all in April 2011. It’s free to use for developers, and has attracted 10,000 so far, including big names such as social networking giant Twitter: if you send a picture message to the micro-blogging site in the UK, you’re using BlueVia’s tech.

While using BlueVia’s range of APIs is simple, the team’s real task is raising awareness. There are a lot of app developers out there, and not all of them know about the advantages of in-app billing (where customers can put charges on their monthly bill, rather than type out their credit card details every time), SMS integration or location awareness.

To that end, the team of six on developer marketing have spent much of the last year hitting the ground, evangelising the service and getting the word out: Parton estimates that they hit no fewer than 120 different events last year.

It’s paying off though, he says. “We’ve now got widespread external endorsement for what we’re doing. BlueVia is being put out there as the thought leader in the telco space by analysts…the challenge for 2012 is to really build on those solid foundations and continue to drive adoption in the developer community.” 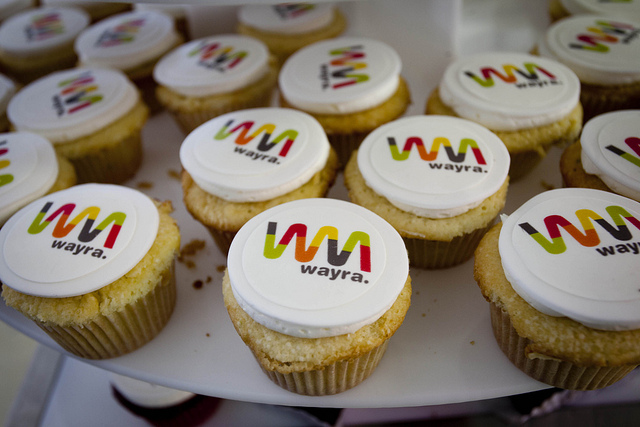